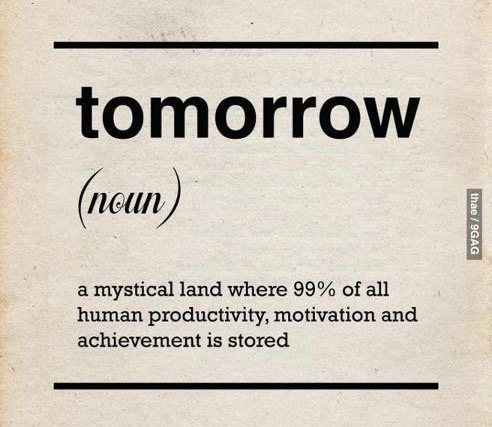 Whenever you first think of starting something, whether it be a new project, a diet or even a blog, why is it so blasted hard?

If you’re like me you struggle with the question, “what if I fail?” Sometimes the idea of failing is stronger than the idea of never starting at all.

This blog post is dedicated to failure. So much so that I’m not even going to proofread this post. Grammar psychos beware. But guess what? I don’t care.

This post is all about starting and about looking that fear of failure in the face and saying, “BRING IT!”

If you’ve ever struggled with starting and not knowing where to begin, or being too afraid to fail, you’re not alone. You have lots and lots of company. But the real question is, which company do you want to be in? Do you want to be with the ones that looked failure in the face and saw that starting line and said, “you win failure, I quit.” (FYI, you can’t quit what you never started, but you get the point). Or do you want to be with the company that embraced failure, nay welcomed it and started something that ultimately changed their life forever?

Can you guess what camp I’m in?

I’ve not trained for this marathon, I’m not wearing the right shoes, the other racers are faster than me, but gosh darn it I’m at the starting line and I just heard the gun go off.

Hello. I’m Eric Davis, an award-winning Product Designer and Researcher based in Boise, Idaho. I leverage design thinking and analytics to craft unforgettable experiences. I specialize in navigation, way-finding and understanding through practical designs. View all posts by Eric Davis

This site uses Akismet to reduce spam. Learn how your comment data is processed.